What he says has three parts. He says:

Who can understand his errors?

Cleanse me from secret faults.

Keep back Your servant also from presumptuous sins;

let them not have dominion over me.

We get some of the idea that he is talking about slightly different “kinds” of sins from the English words of “errors”, “hidden faults” and “presumptuous sins.”

The Hebrew opens up a great strategy of God and also His compassion, by His approach to each of the three.

1) Taken one at a time, the first part of King David’s prayer says:

“Who can understand his errors?”

In Hebrew our errors are the word “שְׁגִיא֥וֹת” said “sh’gee’ot”.

It means a moral mistake or error.

And God’s answer to this? It’s to give us more understanding.

Because the verse says “who can understand his errors?”

The Hebrew word for “understand” is “בִּין” said “been”.

So, the LORD’s strategy to help us not make so many moral mistakes is to give us more discernment.  There are actually nine Hebrew words for “teach” and only one of them is this word “to discern”. So, it’s less a strict humbling correction from the LORD but more an encouragement to ask Him for more of His discernment.

2) The second kind of sin in King David’s prayer is:

“Cleanse me from hidden faults.”

These faults can’t be hidden from God, because nothing is hidden from Him. So, King David didn’t mean that.   He meant the sins that are hidden from himself.

We’ve all got them.

The Hebrew word here is different from the first sentence.

Here it is the word: “מִֽנִּסְתָּר֥וֹת” said “mee’nista’rot” and it comes from the root word “סָתַר” meaning to be “concealed”

And this is where we see God’s compassion.

Because often these ways of behaving are put there before we really know any different.

And King David says “cleanse” me from these.

The Hebrew word here is “נָקָה” said “nakah” and it means “empty” or to make me “immune” to them.

Basically, make me immune to the things that used to trip me up because I didn’t know any different.

That really does show God’s compassion.

It can mean to actually “go unpunished” which is the definition of grace. Beautiful.

3) The third kind of sin in King David’s prayer is a stronger kind:

“Keep back Your servant also from presumptuous sins; let them not have dominion over me.”

The Hebrew word for “presumptuous sins” is “מִזֵּדִ֨ים” said “mee’zezdeem” and comes from the root word “זֵד” said “zed”.

It means “arrogance, pride” or as the English says “presumption.” It can mean to be insolent too.

And the strategy to combat this kind of sin in ourselves is to shift our arrogance of self-rule to God-rule.

This is seen in the English when King David says “let them not have dominion over me.” Self-rule.

The Hebrew word for dominion is מָשַׁל said “mashal”.

So, the answer to our pride is to acknowledge that God is the one to rule over us. Either we’ll try to rule over ourselves or we’ll let God rule over us, either way someone is ruling over us, our own pride or God.

God helps us in our moral mistakes by giving us more discernment.

God helps us in our hidden faults, our blind spots, by cleansing and emptying us of them, by helping us to become immune to old inbuilt patterns.

And God helps us overcome our pride by asking us to switch positions with Him, don’t rule over yourself, let Me do that.

All three strategies can only be done through the gift of His Holy Spirit. But the Hebrew shows how wise, insightful and kind God is, to see and treat our different ways of falling in different ways, to help us reach a more holy life. Beautiful. 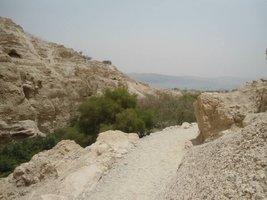